The latest news and articles from GBM casting.

Here are a few GBM Casting highlights from 2018:

Being part of a thriving Scottish TV and Film Industry
2018 saw us continuing to work alongside all productions and 2ADs who keep the industry alive and kicking.

Biggest Challenge of 2018
GBM Casting were the sole supplier to the feature film Marionette filmed in Portsoy and Aberdeen. This saw us running pop up castings in the North East of Scotland to ensure local people had the opportunity to be involved in the film.

Having chitless also know as paperless technology allow the 2AD and Crowd Coordinator on the production to check people in online and avoid having to spend time on release forms and invoicing.

Most amusing job of 2018
Facebook Live Ad for Innes and Gunn, Mangoes on the Run Mango IPA. This job saw our SAs as human fruit machines in orange morph suits.

Bringing in the Prestigious Brands
Seeing Constance on the Talisker Whisky ‘Wild Spirit’ advert filmed in the Isle of Skye.
https://www.youtube.com/watch?v=cRo9YENNtrQ

Talent not Credits – Supporting Scottish talent
GBM Casting was proud to see the amazing talent of Emma Snellgrove as Mary Queen of Scots and Gordon Millar as Walter of Atholl on BBC Scotland Rise of the Clans.
https://www.bbc.co.uk/programmes/p06svmfl

And not forgetting Deborah as The Permanently Furious Security Guard on BBC Scotland Chase the Case https://www.youtube.com/watch?v=IMHviCvzoT8

Just wanted to say a huge thank you for your help with the casting!
The quality of the people you were provided were excellent and a cut above the other agencies. Really impressed and grateful! 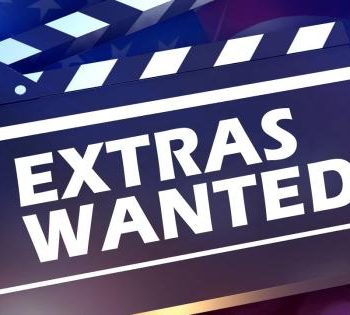 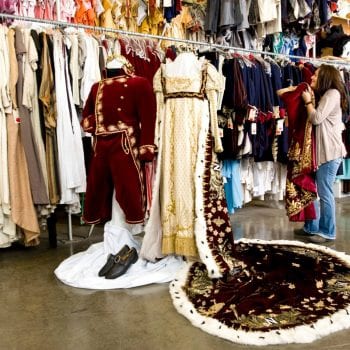 The Costume Brief Really Does Matter. 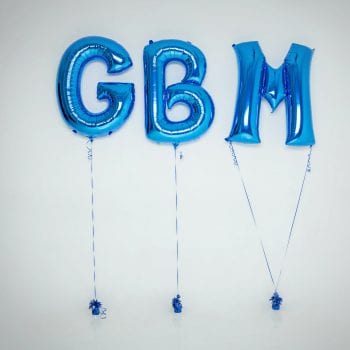 The Perfect Online Profile – will get you work!

Is there anything else we can help with?

Just get in touch and we’ll get back to you as soon as we can.

GBM Casting
4.5
Based on 41 reviews
See all reviewsWrite a review

GBM Casting
5.0
Based on 23 reviews
See all reviewsWrite a review
Having just read the last review I do not understand where he is coming from.I have been with this agency for many years and always found them very professional and personable.GBM are always available to talk through any queries and try to get you as much work as they can.Keep up the good work.

Shakil Solanki
Just want to say a huge thank you for the opportunity as an extra on Set, it was an amazing experience and look forward to future bookings. The team are courteous, professional and efficient and always happy to help.

Jason Staines
As a film student I found GBM casting to be incredibly helpful with my project. They are more than willing to help the next generation of young filmmakers. I would highly recommend to any young filmmakers who are looking for professional actors to contact GBM.

Adam Smith
Superb Company to work with! Very professional and orginised Indeed. Looking forward to continued work with them in 2022! HIGHLY RECCOMEND 👍

Hugh McLaren
Brilliant company to be with. Lots of of fantastic opportunities and the team members are always very kind, professional and quickly responsive.

stephanie wright
I've worked with GBM Casting a fair few times now and I can only speak words of praise. They are professional and hard working in supporting you as an SA and performer. Constantly putting you forwards for all potential jobs and opportunities. They take the care of meeting their candidates in person to create a rapport and good working relationship from the get go, helping you get what you want out of the industry. Plus unlike other companies they take only a small annual fee which goes towards a photoshoot at your first meeting, ensuring you look your best for casting directors. Additionally their fees from any work you successfully book are the lowest in the game, ensuring you get the most income for your hard work on set.Could not recommend GBM enough, if you want to get on set, be an SA and maybe go beyond that, GBM are the best agency to register with.

Alan Gilmour
Great bunch of people to work with, highly recommend for those wanting to be involved in tv and films, always a joy working with GBM.

Janice Service
Great people who have created a platform of opportunity amongst individuals that are interested in background artistry, TV and film. Great casting agency to work for

Alexander Morrison
Fantastic company to work with and for.

Sodienye Ojewuyi
I thought I needed to leave one more review after seeing what was left here for GBM on google.I’m within my first 12 months with GBM and Ive finally found an agency that understands me as a dance artist. I’m used to dance companies and productions, so working with Netflix via GBM was new to me but GBM sealed the experience.Fiona and the team are always great with correspondence and understanding. Such an amazing company that helped me meet one of my all time role models, on an amazing set, whilst meeting and re uniting with the best of friends within an amazing industry.Thanks again for all you do at GBM Fiona and Graeme X

Andrew Giblin Dancer
I worked with GBM Casting initially for a professional dance job which allowed me to meet amazing actors/actresses whilst working with a global, recognisable production company.The team are also quick to respond and assist you. Great company to be a part of - friendly and amazing experience!

Andrew Giblin
I worked with GBM Casting initially for a professional dance job which allowed me to meet amazing actors/actresses whilst working with a global, recognisable production company.

The team are also quick to respond and assist you. Great company, great work and great friendly experience! Thank you.

Andrew Giblin
GBM Are a first class agency very honest and fair . friendly approch to all

Jim Campbell
Great company who helped me cast background extras for my student short fim for free without any hassle or fuss. Would definitely recommend. Lovely and friendly too.

Lewis Cox
I've been with GBM for around 3 years and have enjoyed every moment of it. Not only are the team fantastic, down to earth and welcoming but their knowledge of the industry is second to none. Thanks to them I have had some fantastic experiences and made wonderful connections. I could not recommend them enough

Rebekah Coutts
I've been with GBM for around 3 years and have enjoyed every moment of it. Not only are the team fantastic, down to earth and welcoming but their knowledge of the industry is second to none. Thanks to them I have had some fantastic experiences and made wonderful connections. I could not recommend them enough

rebekah coutts
Very understanding agencie , they go out there way for you and they are loyal to there word.Have got a lot of work from them and they are always in contact with there acts,Top agent xxxPs Stephanie Wright

Stephanie Wright
Heres a true honest opinion of GBM, my names steven and i have been with GBM since 2018, i have alot of respect for the work they do for me to try and get me work as an SA. Since joining i have been put forward for lots of stuff. Most of which i am unsuccessful, i have though been successful for 8 different projects and 3 different projects in the last 6 days. I cant thank GBM enough and would highly reccommend giving them a call.

Steven Mclintock
Today I met with Fiona for registration and photo shoot, and I am absolutely delighted to join GBM! Very easy to talk to, but most importantly - she is very passionate and keen to give young artists a chance to network and get opportunities in a hard to break into industry. We certainly need more people like Fiona to create opportunities for artists, they wouldn't otherwise find. Also, the other lady was lovely and thorough with explaining everything about GBM. Ross the photographer was easy going too. I look forward to seeing the photos! very much look forward to working with GBM and meet the rest of the team.

Skyman Kash
I joined with GBM casting few months ago and have had a lot of opportunity for extra roles, GBM is one of Scotland’s most successful talent agencies and I would definitely recommend them to anyone thinking of joining, such a lovely team and very professional , with excellent communication . Irene’e , Graeme and Fiona are doing a fantastic job , it’s a pleasure to be part of their agency.

LISA SMITH
Had an excellent day at my first job with GBM! As a newbie, the team made sure I was looked after by an experienced SA on the day and the communication was superb throughout. Would highly recommend and looking forward to getting more jobs and experience!

Alex Hales
Professional and well established company with links locally and nationally. I have found Graeme and Fiona extremely helpful and accessible. Within Scotland there is no better agency to get work and at very good rates.

amcculloch91
Best agent ever, so helpful understanding and look after everyone who are with them.
only been with them a short while and the communication from them is outstanding, always there to answer questions and always sending out work for people.
wither you get picked is down to the director's not the agent but I have been lucky so far.
Team GBM 😎 such lovely people c

Dee Brooks
Very friendly ,welcoming and down to earth atmosphere . Loved my first stint as an SA !

JJ Sarah
Really enjoyed my first job as an SA, thanks to this very friendly down-to-earth agency . I felt valued and looked after from start to finish. Sarah Cooper (nee Miller)

Sarah Miller
At my registration and photo shoot I found the team very welcoming and professional, as I look forward to new and exciting experiences with them.

Janice Service
I had great time today in the morning. Lovely people, happy for the future collaboration !

Hardeep Superbad Singh
GBM casting are fantastic to work for, I highly recommend them to any aspiring supporting artists.

Calvin Graham
Had great times via GBM ...best in business👍

Klara Bella
A great couple of days in Edinburgh on the set of Clique .

Peter Ogden
I'm with GBM and greame and fiona are extremely nice people as far as getting offers I get put forwards for loads.as far as being picked or not that's not gbms fault its up to the casting director on a project.love working with the GBM team

Steven Mclintock
Been with GBM for a few years now, and cannot recommend it highly enough. Graeme and his team are professional ,and very effective in providing a great casting service.